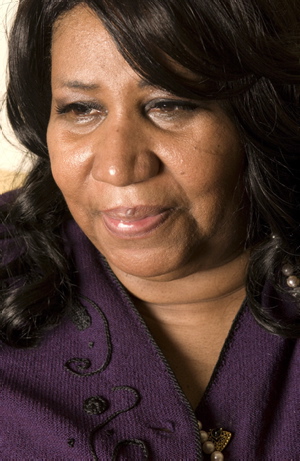 There is no way you can go and sing against Aretha Franklin. Going against the undisputed Queen of Soul would be suicide. Mister T would pity you. But since you can not defeat her it would good to join her.

Franklin demonstrates her ability to belt it out with the best of them on “Jewels in the Crown,” a collection of 16 mostly old duets with such artists as Mary J. Blige, Whitney Houston and Mariah Carey, spanning almost the entirety of her career at Arista, from 1981 on. But she has two new numbers: the Underdogs-produced smooth R&B tune “Put You Up On Game” with “American Idol” winner Fantasia and the much more funky, catchy “What Y’all Came to Do” with crooner John Legend.

The latter duet is centered around a riff from Sam & Dave’s 1968 dance anthem “I Thank You,” and it manages to make the most of her voice highlighting Franklin’s gritty soul chops in the best way possible. She whoops, she hollers, but she doesn’t overdo it. Legend knows how to complement, versus compete with, her voice.

The best of “Jewels in the Crown” are actually reworkings of Franklin’s ’60s hits, from a grooving, layered version of “(You Make Me Feel Like) A Natural Woman” with Bonnie Raitt and Gloria Estefan from 1993’s Fox TV duets special to a spirited “Chain of Fools” with Carey from VH1’s 1998 “Divas Live” concert. Her voice and way of being remains a legend and worth listening to even just a bit less than 50 years after.