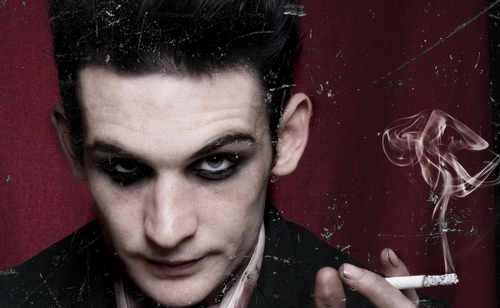 Hello, you handsome several. All of us to a man enjoys casting our inquisitive eyes over the various occurences and utterances that constitute the cirrhosis-riddled liver we like to label “the news”. Here to help us with our prying and quiet, tongue-clicking judgements this week is this idiot: WiL, from puppy-dog-eyed mopesters, Aiden!

And now: THE NEWS.

“Aaaaarrrggghhhh!!!! So much blood on their hands, you rat-hearted messiah! Look at me – I’m so full of righteous anger, I’m literally imagining Jesus with like, a rainbow flag on his towel. Arrrrgghhhgh flesh!!! Frothing at the mouth doesn’t even quite describe the physical symptoms of this Blink-related incandescent rage!!! Arrrg!!! Devils!!!”

“Wrrraaaahhhh!! By the dark skeleton’s bones of doom!!! I quite liked that “Honey” song she did about a decade back – I mean it wasn’t anything special, but it got the job done in a kind of pre-Timbaland mainstream pop-r’n’b vibey sort of way. The pulsating heart of the demon beast compels thee to confirm whether there’s a foetus going on! Skkkkarrrlll!!!”

“Scowling demons’ hammers!!! I stab the poison syringe into my own heart!! What has become of you, Whitney!? I remember back when I used to pick up vulnerable girls during “I Wanna Dance With Somebody”, and that’s the Whitney Houston I’ll always remember. And I’ll always love her. Iconoclastic scars on my eyes fill with burning deceit!!!”