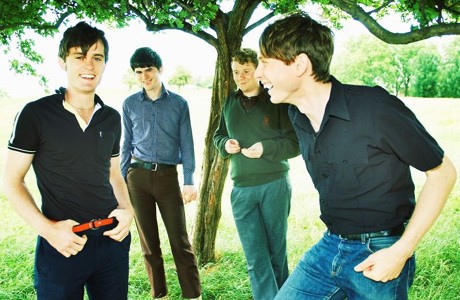 Glasgow’s favorite post-punk revivalists, Franz Ferdinand, have a new album in stored for us, with recordings well underway since 2007, with an expected released out of January 2009. A bit of a long wait, but I’m confident it will end up alright, after all you don’t rush greatness *cough. Anyway, Franz have released a new song recently, which they put out for streaming down at their website. The song, titled “Lucid Dreams,” is on the latest Madden NFL 09 soundtrack and is rumored to be part of the new album tracklist. Stream the song at their website or from bellow, just add your e-mail and location and press ‘stream song.’