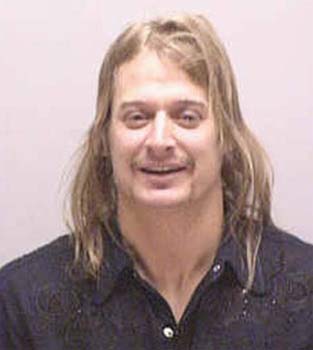 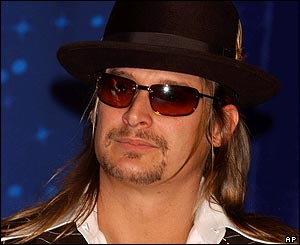 After launching Rock N Roll Jesus this year just October 9, 2007 and selling 172,000 copies in its first week [tag]Kid Rock[/tag] is just not acting his age. His music is hard and refreshing but he is 36 and fighting should not be a thing you do at that age.

He was arrested early Sunday after a brawl at a restaurant and spent about 12 hours in jail before being released, police said. He stopped at the Waffle House restaurant shortly after 5 a.m. after his performance at The Tabernacle in Atlanta, authorities said.

“He and five members of his entourage were involved in a fight with a male customer inside the Waffle House,” said Mekka Parish, a spokeswoman for the DeKalb County Police Department. “It escalated to a physical altercation between Kid Rock and that male customer and moved outside to the parking lot,” she said. At some point the customer punched out a restaurant window, she said.

He and five members of his entourage were taken into custody on a misdemeanour charge of simple battery. The other customer was charged and Kid Rock was released from the county jail on bond about 5 p.m.