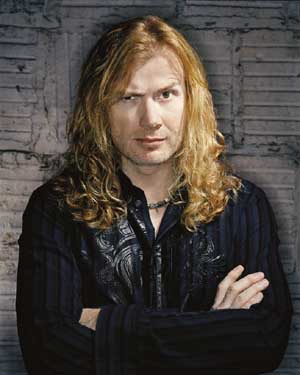 It’s official now, metal masters Megadeth are going to start work on another studio effort, which will definitely please all of us. This comes after the dvd set, called Warchest and their previous album, United Abominations. Here’s what Dave McRobb, Megadeth’s official webmaster had to say, via the website:

“So…. I was talking to my beloved master [Dave Mustaine] tonight on the phone and he wanted me to let you all know that things are moving along oh so well with the brand new studio! The project is in its initial phases… large warehouse type deal… slowly converting into part deluxe recording studio… pre-production… start recording new album in fall! Reminiscent of ‘Evolver’, wouldn’t you say?! In fact we (yes, master Dave M and I) talked about filming aspects of the process and who knows, eh? Sure do love them ‘fly-on-the-wall’ recording DVD’s don’t we all?! (heh, no promises yet on that one but it was definitely talked about!). So ya, Dave is quite psyched about this studio and getting the band in, and everyone else involved to lay down some tracks and put out the next stellar MEGADETH album! Ahh yes, life is good.”

Yeaaaaaah baby, it’s on!! I dunno about you guys, but I can’t even remember when I heard that Dave Mustaine was psyched about a new album. Maybe I’m taking this a bit overboard, but so far it has been a really unexpected great year for metal, so why not take this even further, one might ask himself.

United Abominations is the eleventh studio album by the American thrash metal band Megadeth, and it was the first distributed by Roadrunner Records, and the first with the changed lineup, except for mastermind Mustaine. It was received unexpectedly well by both critics and fans, and so this follow up promises to really be something.