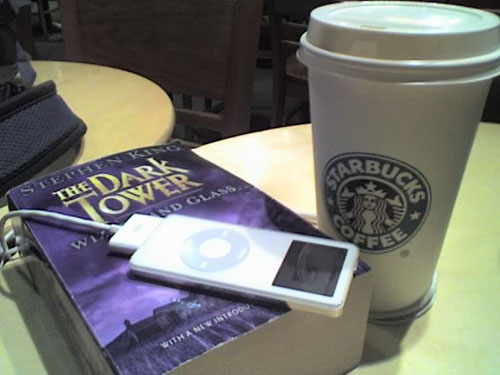 The Starbucks Corp. plans to give away 50 million free digital songs to the customers as a way of promoting a new wireless iTunes music service that’s about to debut in some markets. From Oct. 2 to Nov. 7 they will hand out about 1.5 million “Song of the Day” cards each day. The cards can be redeemed at Apple Inc.’s online iTunes Store. They will start selling iTunes digital release cards that allow a full album of music and bonus material to be downloaded online. “Drastic Fantastic” by KT Tunstall and soundtrack to the film “Into the Wild” with new music from the Pearl Jam frontman Eddie Vedder will be the first two featured albums.

There are going to be numerous singers. Thirty-seven artists with featured songs include Paul McCartney and Joni Mitchell – the first two to sign on with Starbucks’ Hear Music label – along with Joss Stone, Dave Matthews, John Mayer, Annie Lennox and Band of Horses but the first song will be Bob Dylan’s “Joker Man.”

Starbucks and Apple announced a partnership that will allow users of Apple’s iPhone and new iPod Touch to download songs playing in a Starbucks to their portable devices. We’re going to see huge improvement in terms of the amount of tracks that are downloaded said Ken Lombard, president of Starbucks’ entertainment division.