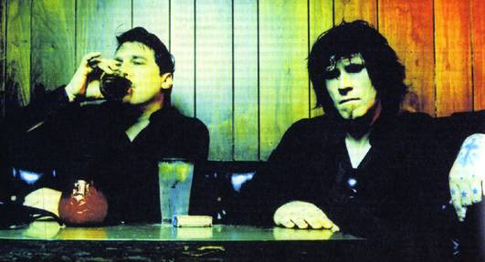 A lot of rumors floated around last year that, alt-rock legends of the 90’s Mark Lanegan and Greg Dulli would join forces and form a new band. Previous collaborations between each of the two’s musical projects, made it very likely and back in September 2007, the two announces that they’ve completed recording their debut album, under the moniker of The Gutter Twins. “Idle Hands” is the group’s first single and it sure does sound sweet, as the two’s voices fit unbelievably well, resulting in a grunge/alt (Lanegan) mixture with a dash of punk (Dulli). You can stream the song at the duo’s MySpace page. “Saturnalia,” The Gutter Twins’ debut album rolls out on March 4th, 2008 via Sub Pop.