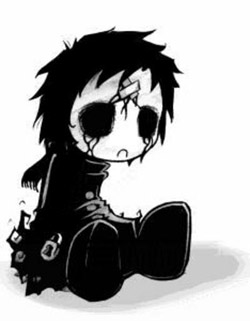 In the last few days a wave of violence has swept the Mexican state, aimed at a subculture of Mexican youth going by the label of emo. This all started about two weeks ago in, the otherwise quiet, colonial capital of Queretaro, when mobs of people attacked groups of emos, in an attempt to force them out of the city’s main plaza. The movement soon spread to the nation’s capital of Mexico City, when emos that were hanging out around Insurgentes Metro stop were attacked by gangs of punks and soccer fans.

Emo kids are easy to recognize due to their highly specific fashion style (black clothes, tight jeans, huge bangs, black eye makeup), as well as behavior. They’re characterized by a general state of depression and a sense of being not understood. Self mutilations and suicide attempts are common among the more hard followers. The whole emo movement has been detested for a pretty long time in Mexico, but up till now was mildly tolerated and ignored. The last drop to fill the glass though, was a recent videocast by popular local VJ, named Kristoff, who expressed a serious dose of anti-emo rhetoric and switched to English to say, on network television, “Fucking bullshit” referring to the emo movement.

“I HATE EMOS!!! They are not even people, they are so stupid, they cry over meaningless things…My school is infested with them, I want to kill them all!”

“We’ve never seen all the urban tribes unite against one single tribe before…Emos, their way of thinking is for crap, if you are so depressed please do us all a favor and kill yourselves!”

It seems Mexicans really do all the American’s dirty work, but this is surely too extreme. Music, even in inferior forms, shouldn’t lead to violence in any ways. Tolerance should be embraced. Let’s just hope the violence will stop soon enough and that the “anti-emo movement” doesn’t spread towards other countries.