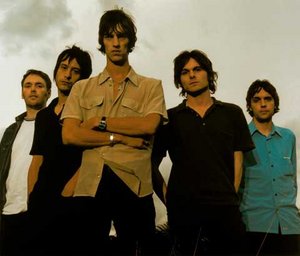 Well 2007 was a year of reunions and it seems this year is going in the same direction. Now, the latest name that hit that list is English rock band formed in Wigan, the Verve.

They haven’t started a tour in more than 10 years, but they already announced thier North American tour will start at The Warfield in San Francisco, CA on April 23rd, warming up for its performance at the Coachella Valley Music Urban Hymns, which has sold eight million copies worldwide. Sounds really great!

It seems the fans agree with me, as their tickets were sold out in slightly less than 20 minutes! NME claimed that this is “The only reunion tour that could put Zeppelin in the shade kicks off and leaves us in no doubt: this is History” ! Their shows are as good as ever and they seem to have sumed up a great deal of energy.