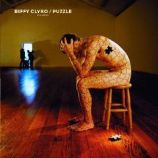 Biffy Clyro’s fourth album release “Puzzle” is finally upon us with a fresh new, unique style. The album was launched on the 4th of June, after a 3 year period since their last album “Infinity Land“.A lot of people reacted negatively upon it’s release, many considering it too commercial and that they’ve sold out, trading their quirky mathcore mixed in with rock and indie to a more [tag]emo[/tag] approach, with massive singing chorus. I, however, think this 4th installment is their best yet! The whole album is a fantastic effort, concluded in 13 brilliant tracks, don’t be underwhelmed due to the hype surrounding them, give them a 2nd chance and listen to their earlier stuff and see them live when they come to a venue near you, as a live performance by Biffy Clyro will simply rock your world!

The album was recorded from September to November 2006 in Canada and was produced by Garth Richardson ( main producer of [tag]Rage Against The Machine[/tag] ). The guys from Biffy said that they had over 40 tracks to choose from and as a novelty they wrote the lyrics first, then wrote the music afterwards, in the previous 3 albums they did it backwards.

Prior to this album being recorded lead singer and guitarist and key songwriter [tag]Simon Neils[/tag] mother passed away, so alot of the album explores his feelings on that subject, both in lyrics and music. Puzzle opens up with a epic “Living Is A Problem Because Everything Dies” track, with staccato violins and a chanting baroque choir, with [tag]Pink Floyd[/tag] influences. “Saturday superhouse” follows and is a good foot tapping anthem with strong chorus as well and togheter with “Semi-mental” make some nice Foo Fighter-ish tracks, in opposition with the more mellow strains found on “As Dust Dances” and “Love Has a Diameter”.

By the way, one interesting aspect about this album is the “2/15ths”, “4/15ths” and “9/15ths” songs. These are 1 song split up and this is done to fit with the albums Puzzle theme, one song in pieces, scattered throughout the album, put them together to fit one song, that’s art.

All in all it’s a great addition to Biffy Clyro’s albums and in my oppinion it stands out the most of the 4. Mon the Biffy!

1. Living Is A Problem Because Everything Dies
2. Saturday Superhouse
3. Who’s Got A Match
4. As Dust Dances/Two Fifteenths
5. Whole Child Ago
6. Conversation Is
7. Now I’m Everyone
8. Semi Mental/Four Fifteenths
9. Love Has A Diameter
10. Get Fucked Stud
11. Folding Stars
12. Nine Fifteenths
13. Machines