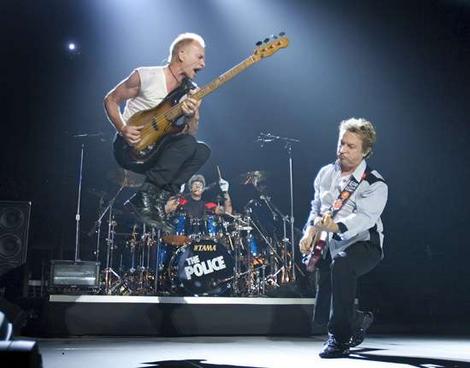 If any of you were curious to know who made the most money off your backs last year, find out that its none other then your parents’ favorite band,  The Police. Yup, like Sting didn’t have enough dope already, it seems the made a whooping 150 million dollars last year, since they reunited and toured the world. Runer-ups include Beyonce, Justin Timberlake or Madonna.

There’s no question about it, most of you are probably wondering how’s it possible for The Police to make that kind of massive amount of cash, no matter how good they may be. Well, find out that they were helped to the crown of ‘World’s Highest Paid Music Stars’ by the $28.3 million each they made from their reunion shows. No, mainstream reunions aren’t about money.

Anyway, The ten ‘Highest Paid Music Stars’ of the past year, according to Forbes Magazine, are: