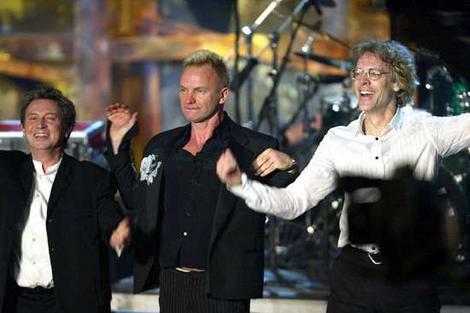 Today some sad news struck most life long Police fans, as the band announced earlier this evening, that they’ll soon hold their final concert, ever. The statement was made with the occasion of a press conference, held in New York, at which the band also participated. There each of the band’s members Sting, Stewart Copeland and Andy Summers were presented with keys to the city by mayor Michael Bloomberg, as the later praised the band for “thirty years of staying at the top of your game” over its “long career.”

Details about the upcoming final gong for the band are poor. Besides knowing the concert will be held sometime in the summer, somewhere indoors (most probably in NYC), we’re left in the dark. The band also announced a $1 million donation to be directed towards the MillionTreesNYC tree-planting program, which will be matched with an additional million in public funds.