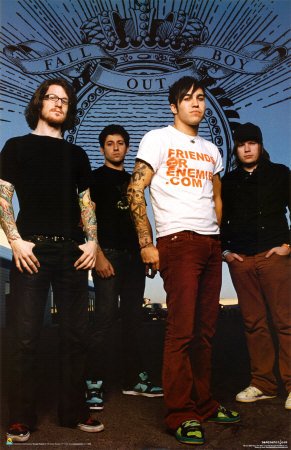 Here’s one for all you FOB fans out there, it seems they’re set to perform this Friday in New York at the Rockefeller Plaza.

The emo rockers will play a gig as part of their appearance on NBC’s The Today Show and fans are invited to join the show as spectators free of charge. Here the catch though, the show’s really early in the morning, at 7 AM, so if your a late sleeper forget about it. The spacing is extremely limited so i guess you’ll have to come even earlier then that, but hey it’s worth it, right ?