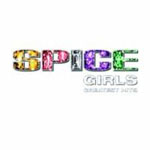 The Goos are loved by both mainstream listeners and true rock listeners which is something very hard to achieve. But few people know that this release is a milestone for the band as they have been together for 21-years, and this is their first greatest hits album. But it has music just from the latest 12 years.

Here are the bad things as they are very few. The major downside is that their die hard fans are probably not going to be so satisfied with it as it has just tracks which made mainstream success. But it keeps you hooked from the lovely Let Love In to Iris. This release shows those who just knew about Iris how good this band is.

It starts with “Let Love In” and goes to the smashing “Dizzy”. For the goo beginners this is going to be a major amazement. You just have to listen to it to understand. Then you just can not listen to “Here Is Gone” without moving around just a bit. The lyrics are very good too. “Slide” is a catchy classic with a great rhythm. Then you have “Name”. This could just be the most impressive track here. It is not music; it is a state of heart. Then you just cruise the rocking “Stay With You” and get to the amazing ballad which is “Before It’s Too Late”. Just breathtaking. The track order is as good as the release itself. Without feeling it you get to Iris which just crowns the whole thing.

A great release by a great band. But it is hard to talk about their music as it is so filled with feelings that you have to listen to it; and you should. This is a must have for newcomers and fans alike.