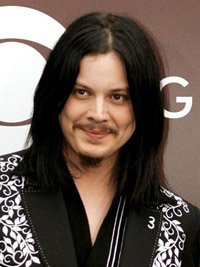 A while back Jack White made some comments in the previous Rolling Stone issue, in which he called the Detroit music scene very “negative and suffocating.”  This lead to a swarm of misunderstanding and misinterpretations among [tag]White Stripes[/tag] fans and Detroit citizens alike, especially considering Jack moved from Detroit to Nashville back in 2006. Thing is Jack really loves his home town and the people who live in it, it’s just the music scene that made him feel like he ““couldn’t breathe” anymore.  Anyway to clear things off, Jack just wrote a poem dedicate to the city of Detroit, exclusively for the  Detroit Free Press, in which he materializes his love in writing. Check it out here.

“The following poem is the Detroit from my mind. The Detroit that is in my heart. The home that encapsulates and envelops those who are truly blessed with the experience of living within its boundaries,” White says in the introduction.

Everybody, put your hands up for Detroit?