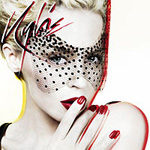 Considering what [tag]Kylie Minogue[/tag]’s been through this past years, we can only wonder if the energy and determination she’s put in, fighting and eventually beating breast cancer, could be conveyed in her most recent comeback. Her tenth album, suggestively titled “X,” is far from her best, like the perfection she atteinded with “Can’t Get You Out Of MY Head,” that won her the Princess of Pop label; it’s not bad either, actually if her condition wouldn’t have been so publicized, you’d think she’s been living a regular life and this is just another album.

I mean, there’s been a film documentary, a TV special, a children’s book, a New Year’s Eve concert at Wembley, a perfume launch and an exhibition at the Victoria and Albert museum, if anyone should be entitled to making a full scale comeback is Kylie Minogue, but she didn’t emphesys any of these in X, except for the record’s highlight “No More Rain,” a testament to Kylie’s recent trials and about getting a second chance. “Have you ever thought the sky was there to see dark?” she wonders from her hospital bed, fantasising about her return to the stage. “Then you look up, and see a million stars”.

The rest of the songs dwell in the usual Kylie way did with her previous albums, singing about dancing, sex and all the other little things. The lyrics written for Kylie haven’t usually been anything near profound or thoughtful, but then again she sings mainstream pop, and the accent falls on the over sound, sound that in X tries to get too electronic. X has a lot of vocal distortions, then makes the songs seem very robotic and expression less, and when combined with the cliche lyrics, makes them difficult to listen pass their beats. “Speakerphone” is a good example of just that.

“Cosmos” is probably the “sweetest” song off X, with a distinctive holiday, feel good vibe and a extremely catchy chorus, it’s one of the few highlights of the album and together with “2 Hearts,” is kinda the only song that’s lyrics actually mean something. “2 Hearts,” is X’s first single and the same time, the next chart exploding single promised by Kylie, but apparently it’s anticipated success failed to come. The single sounds different from the rest of the tracks, Kylie fiddling around with glam rock, as opposed to the usual glitter pop she’s accustomed us with and makes a great foot stomping anthem.

“Nu-Di-Ty” offers an insight into what Futuresex/Lovesounds might have sounded like if Justin Timberlake had fired producer Timbaland and elected to replace him with Sid James; you can almost feel the sex in the air when this song plays, but apart from a turn on, it doesn’t deliver on any other level. “Like A Drug” seems like the obvious next single choice, with catchy lines and beats, with a nu-pop electro vibe to it, distinguishing itself as evidence of Kylie’s musical progression.

All in all it’s a decent comeback, expectations where high, some were delivered, while others left fans disappointed. The fact that she’s pushing 40 (she looks half her age though), coupled with the sad events that marked her recently, inclined me to believe that X would be a more mature effort, both lyrically and in sound, in truth X is business as usual, with no obvious surprises.