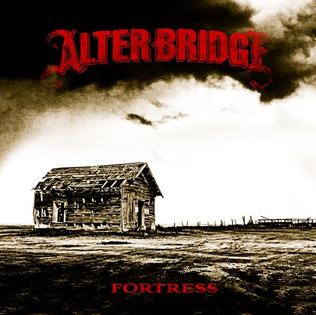 The Florida rockers have officially streamed their new album, ‘Fortress’, prior to the 8 October release. Featuring 12 new song, the album is the 4th effort from Alter Bridge, and it goes a long way towards what guitarist Mark Tremonti called the process of “proving themselves”:

“When I was growing up and I’d see a band’s fourth album, I’d feel like, ‘Wow, they’re at the end of their career. I’ll be lucky to have four albums in my entire career,'” Tremonti explains. “I guess since I’m older now I just feel like we’re always trying to improve ourselves and trying to build upon what we’ve done in our past and make each record better.

Having only given it a quick listen, I can say that it sounds good, and it may just be their best work so far. The guys themselves seem pretty thrilled by what they accomplished:

“It’s an exciting record, top to bottom,” he continued. “It’s got a lot of energy. There’s only two songs that aren’t really big rockers and are more mid-tempo, and two others that could be considered more epic-y but still have a really big rock sound. We pushed ourselves really hard to try and improve our sound with it and improve our boundaries.”

The track listing is as follows: