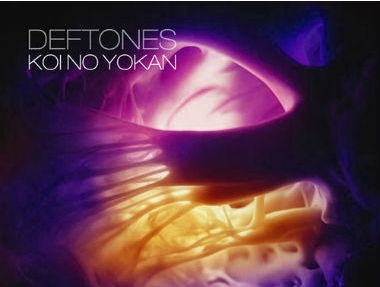 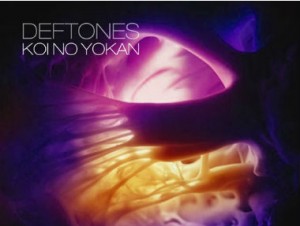 It’s official –  on November the 13th, Deftones is going to  release their seventh album: Koi No Yokan; and on October the 4th,  they made public one of the songs from the upcoming album, which is called Tempest, and it’s available on the band’s website for everybody to listen to it till their brains will blow out.

Koi No Yokan has 11 tracks, and Tempest is the 7th, but not the first-released track from this album, the first one was Leathers.

I find very interesting that the album’s name, which is in  Japanese ( as a manga fan, I am really excited about this fact), cannot be literally translated in English but it means something like love at first site, but the meaning of the expression is more profound, and refers to love at first site as someones destiny, with the who, why and how being truly unknown (very spiritual and intense, ha?)

In a recent interview for Noiscreep, Chino Moreno (the band’s frontman), talks about the process of creating this new album, and the ideas and the whole work behind it:

We were coming out of a tough time, obviously, and our goal was to kind of rebuild what we created over all the years. I felt like we had to prove ourselves. We’d taken so much time between records, had some inner turmoil and our records were starting to get pieced together versus really being created together, so for us it was a chance to get back to basics. We didn’t have an idea of what sort of style we wanted. We just came in fired up and motivated to do something great. It was all very positive. We had more songs than ever, tons of ideas.

I just can’t stop listening to this song and I really like the new-old Deftones sound. Great job, guys!