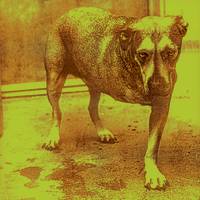 The final full length release by Alice In Chains has often been overlooked, if not criticised as their weakest offering. Despite reaching the number one spot in the U.S. Billboard chart, the eponymous finale by Seattle’s finest lacked the bite of Dirt or the understated beauty of Jar of Flies. This collection of songs instead revealed the internal wranglings of a disintegrating band and the feelings of betrayal which haunted the charismatic lead singer.

Released in the same year as Staley’s side project Mad Season’s first and only output Above, the album has a clear division. Although musically different to the low key Mad Season, Alice’s fifth studio album is dominated by similar themes. For the first time Staley outnumbers Cantrell in the songwriting stakes by a clear cut majority. This is represented in the confusion of the album which was absent in previous recordings. The country inspired “Heaven Beside You” sits uneasily alongside the jarring guitars of “Grind”. Similarly, the melodies of the carefully constructed “Over Now” sound alien when played next to the rumbling attack of “Head Creeps” or the rambling, almost unfinished disquietude of “Frogs”. Thematically, the divide of Cantrell’s lyrical focus and that of Staley’s makes the album distorted due to the lack of singular purpose.

While “Over Now” heralds the demise of grunge’s most prolific act, the bitterness of “Sludge Factory” reveals the inner contempt of an increasingly elusive frontman. Images of betrayal return over and over again such as the “you said you were my friend” in the anthemic “Again”. More importantly, Staley focuses on revenge, although somewhat in a subtle vein, he reiterates retribution. From the incantation of “never gonna fuck with me again” through to “I say stay long enough to repay all who cause strife”. Many of the lyrics on Above focus on the reclusive life the lyricist was living and these are revisited throughout this album in images of escape. “Brush Away” clearly presents the desire to slip through the cracks, “I could use some time to curl away” similar to the shell metaphor invoked in “River of Deceit”. Even in the credits, Staley retains his famous wit and states he thanks everyone but “that one guy”. Staley’s well documented drug dependence created his own iron cage in media scrutiny which he sought to shake off, he sings “so let me be defamed…untangle you from me” against an aggressive backdrop of chaotic chords in “Head Creeps”. This is not to suggest that Staley was yet another rock star decrying celebrity- the anguish of his personal life extended beyond fame, as “Frogs” hints at. The lyric of “are you like me, confused?” combined with the subtle, menacing rhythm before finishing with an image of childhood, “grow to see the pain too soon”.

The final album by Alice In Chains fails to invoke the harrowing brilliance of the seminal Dirt. Only “Grind”, with its subject matter of addiction, harks back to the musical epicentre of grunge. The album falls short between the highs of the preceding records yet it still is an important record of feeling and ambiguity. It speaks volumes about the internal workings of one of the finest yet underrated musical units of our time, while providing a snapshot into the mindset of the increasingly mysterious figure of Layne Staley.