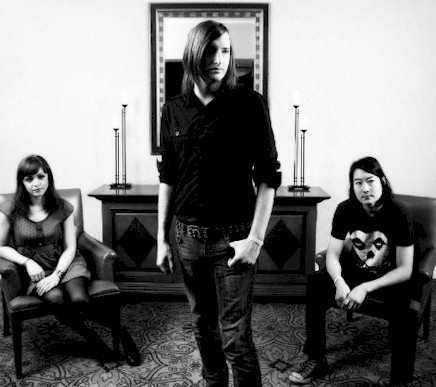 “Oh, yes, The Von Bondies? Yes, I remember them. Didn’t their lead singer get beat up by Jack White ago. Oh and didn’t they play that ‘C’mon, C’mon’ song?”

That’s how a discussion will most likely go through, when garage punks, The Von Bondies, are mentioned in discussions. Mind you, though, they’re quite a talented bunch and in pre-White Stripes hay-day, the band was considered by many one of the best hailing from Detroit.

Their latest album, interestingly dubbed “Love, Hate And Then There’s You” is quite a surprise. I really thought they would gonna flunk, that they would release something totally rubbish, but boy was I wrong. It’s pretty incredible how Jason Stollsteimer and the rest of  the gang (other gang actuallay, since the band went through a lineup change) are so capable in delivering hook-filled garage songs, that just sticks in your head from the first spin. If you want to be free of obsessive good rock music, you’d better stand clear of this one, otherwise just lay back and have fun.