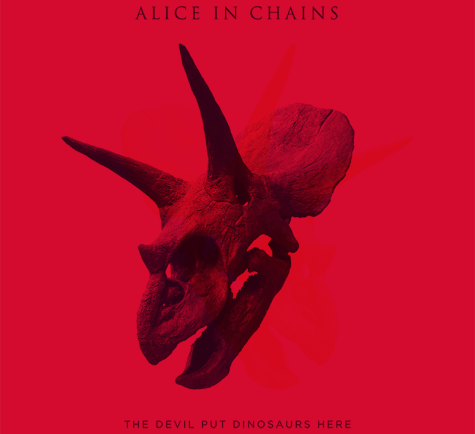 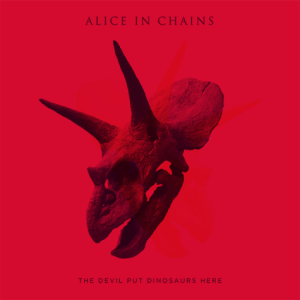 We already know that Alice in Chains finished recording their latest album: The Devil Put Dinosaurs Here, and we also know  two videos for some songs from this upcoming album: Hollow (which was actually released in January this year) and Stone. We even know the fact that the album is set to be release on 28th May this year (which means in a couple of days) via Virgin/EMI.

Until the releasing of the album, you can listen to a preview over here, just in case you haven’t decided yet, from those two pre-released songs that this new album really deserves pre-ordering, or buying or listening.

What I really love about this new album is not the fact that contains dinosaurs in the name or the great songs and videos… it’s the album cover, of course. If you look very very careful you’ll understand why, it’s not just he Triceratops fossil; there are actually two of them  (but the other one is hidden), and combines form the head of the devil. These guys have a lot of imagination, don’t they?

I am ending this with a nice video and song from the latest album, Stone, hope you like it.