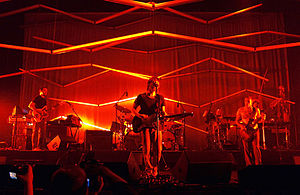 In case you might not remember, Atoms for Peace is a supergroup which consists of Radiohead’s Thom York, Flea from Red Hot Chili Peppers, longtime Radiohead producer Nigel Godrich, Joey Waronker and Mauro Refosco.

XL Records made a big bubu and published details about the album, something apparently they didn’t want to do. Thankfully, several fans took screenshots before they took it down, and sent it to us. Now, not only do we have a release date for 28 January, but also the tracklist:

To be honest, well, this doesn’t give us very much, but at least it gives us something to be eager for while we await more from this brilliant side-project supergroup.