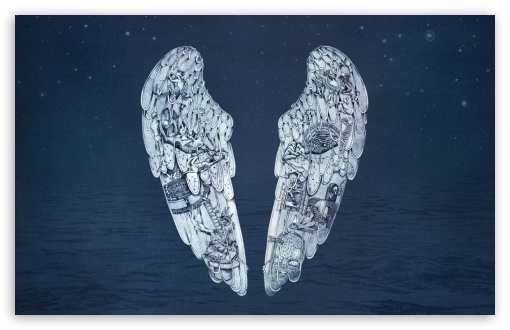 If you’re lucky and smart enough to decipher the code, you can find Chris Martin‘s handwritten song lyrics for new album “Ghost Stories” in libraries around the world.

CLUE 5 In the country’s garden at the spooky library through the tunnel, where Keef’s overdue, look for me, Cathy, oh come home #lyricshunt

It’s a Twitter/library treasure hunt: keep your eyes out and sharpen your mind, and you can find one of the few handwritten lyric sheets – one for each song. The lyrics are hidden in ghost library books across 9 countries, and one of them also contains a special Golden ticket containing travel and tickets to see the band perform at the Royal Albert Hall in London on July 1. Willy Wonka, eat your heart out!

Three sheets of music have already been found, with the lyrics for “Magic,” “Another’s Arms” and “Always in My Head” – but 6 more remain, as well as the golden ticket. The full tracklist is:

To be quite frank, the only downside I see to this whole thing is that it hasn’t been advertised more! I love it when bands do special things to involve their fans in quests, much like Muse did with the United States of Eurasia.

While some of the tracks were played individually on iTunes and at the BBC, the full album was performed at an intimate gig in LA. But for the rest of us, who haven’t heard it – the hunt continues!