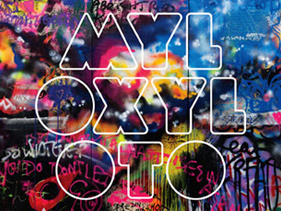 Coldplay are working hard in the studio, preparing their next album – one with a title that you can actually pronounce.

Their last album, ‘Mylo Xyloto’, caused quite a stir among fans, with some claiming that “you can’t even google it”. They didn’t offer many details about it though. When pushed by presenters Kyle and Jackie O to reveal if they had come up with a name for their sixth studio album, Chris Martin only said.

“I can’t tell you that,” before turning to guitarist Jonny Buckland and asking, “Can I give a hint?” Buckland shook his head and said, “No”.

Oh well, we’ll just have to wait and see.