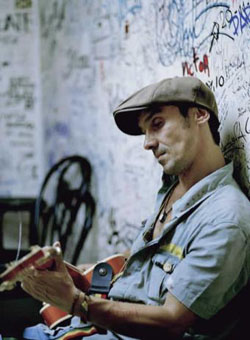 Everybody seems to be crazy about Manu Chao‘s reggae infused upbeat anthem Politik Kills, off his critical darling “La Radiolina.” Now the smashing single gets remixed by London’s Mike “Prince Fatty” Pelanconi, in what’s a great new rendition of the song.

The new version has some great new beats over some skillfully put layers of sound, but what makes it really beautifully different is the new latinized vibe the song now has, packed with latino horns to go with it. Oh and there’s some new vocal lines spitted out here and there, that adds some new flavor to the song. One of the best remixes I’ve heard in a lot of time!