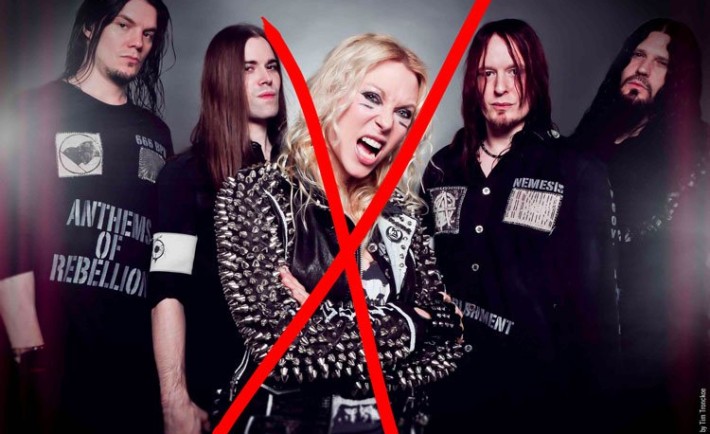 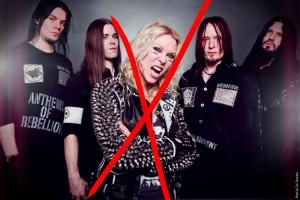 Actually the band’s singer, Angela Gossow, left the band and she was also the one that encouraged taking as replacement The Agosnit’s, Alissa Whit- Gluz. So check out below, Angela‘s opinion about her “retirement”:

Dear Arch Enemy fans, this is not easy to tell you … I have decided to step down from being Arch Enemy’s voice of anger.

After 13 years of pure f–king metal, 6 studio albums and countless tours through five continents, I feel the need to enter a different phase in my life, be with my family and pursue other interests. I will, however, remain business manager for Arch Enemy, and I will continue to develop my artist management roster.

I am staying true to my heavy metal roots, just leaving the spotlight, so to speak. I am passing the torch to the super talented Alissa White-Gluz, whom I’ve known as a dear friend and a superb vocalist for many years. I always thought she deserved a chance to shine – and now she’s getting it. Just like I got that chance back in 2001.

I have to say that this is quite a surprise for me, because if you guys remember a week ago the band just announced some new information about their upcoming album, War Eternal, and also some fresh tour dates, but nobody said a thing about the fact that all of these won’t features their original singer.

No matter what the Arch Enemy fans say, it seems that the new singer, Alissa White-Gluz, is very excited to work with the guys from Arch Enemy:

I am very honoured and happy to announce a new chapter in my life and musical career beginning now; I have joined forces with one of my all-time favourite and globally respected bands, Arch Enemy. ‘Wages of Sin’ was the first metal album I ever bought, and it was love at first listen.

It is not often that you get a phone call from your favorite band asking you to join! I am thrilled to have the opportunity to work with such amazingly talented musicians whom I also consider great friends. I look forward to being able to write and perform at a whole new level now with Arch Enemy! Music is forever, metal is limitless and this is only the beginning!

I’ve also read on a metal facebook page that they think this is going to be an Angela Gossow cover band, and I am not surprised if there are more to think like this about this new Arch Enemy band. In my opinion, Arch Enemy will never be the same without Angela, but I really think that we should give them a chance, music is not all about the band members is more about the art that results from their talent. So, what do you guys think about this?