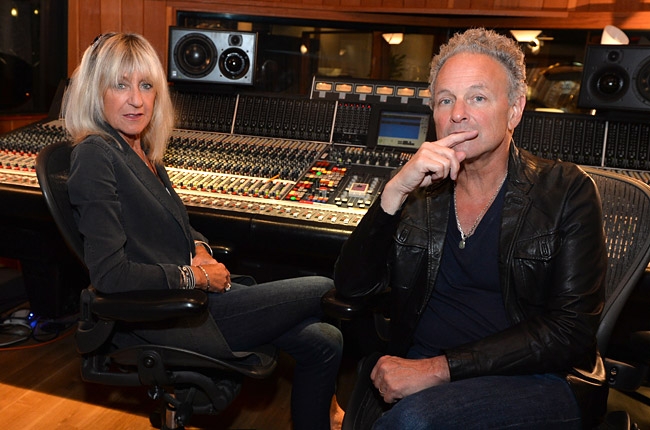 Apparently, Christine McVie will be returning to Fleetwood Mac to do more than play some old songs in concert. The group has  just finished a two month run in the studio – the same place where they recorded 1979’s “Tusk” album. They’ve apparently been working on some new songs.

“This has kind of been a project in slow motion, that’s the only way I can put it,” Buckingham tells Billboard. “We got in the studio not knowing what to expect, and the chemistry was just unbelievable… We got eight tracks very far along, like, 75 percent done. It just played out really organically in a way that seemed appropriate.”

Regarding the songs, it’s not necessarily a return to the roots, but rather a change of style:

“There’s a wide variety, starting from sort of blues-based songs to very commercial songs. It’s very, very exciting. We get chills when we hear them. They sound really fresh. There’s an element, I guess, that hasn’t really existed so much in the past although it has been there in the fact Lindsey and I have been collaborating more. We’ve been working very closely together, so there is a freshness and obviously there are parts for Stevie to sing on all of these songs, which she will do eventually.”, McVie says.

When we get to hear them however, is not clear. Apparently, they’re not yet finished, and they don’t want to share their work before they have everything set down. Probably, we’re looking at something like mid 2015.

“We haven’t finished what we’ve done here,” McVie explains. “these are just tracks with some overdubs, and they’re certainly not finished. I go back to England now until the beginning of rehearsals, which is the end of July, and then we’re rehearsing and then we’re touring, so we won’t really have time to (finish the songs). There’s some talk about some time next year. Fleetwood Mac always take a long time to make a record — you know what.”