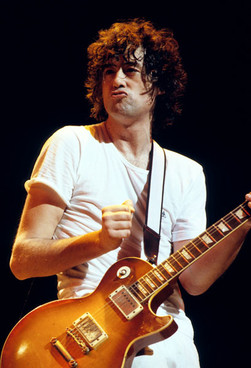 With the prospect of a Led Zeppelin reunion not shaping up in the near future, this is pretty much the best news we could get from the rock gods: they’ve hinted that they may soon release more compilations of unheard material.

“There’s certainly more things that can be done,” guitarist Jimmy Page told Rolling Stone (via NME). “But these reissues took a lot of time, and I don’t want to start proposing another project, because it’ll take me another six months or a year. I’d rather spend time practicing my guitar and going out to play.”

The good news is that this will be really unheard music. Jimmy Page went out of his way to include really new songs, not ones which were rumor or heard by some fans.

“I was pretty diligent with my detection work,” he said. “I asked a guy that runs one of the fanzines if he’d heard any of this material before, and he told me hadn’t. That was a good feeling.

Also, we’re not talking about solely new songs, but also some blues covers (different versions) of  “Keys to the Highway”, “Immigrant Song” and “Whole Lotta Love.”