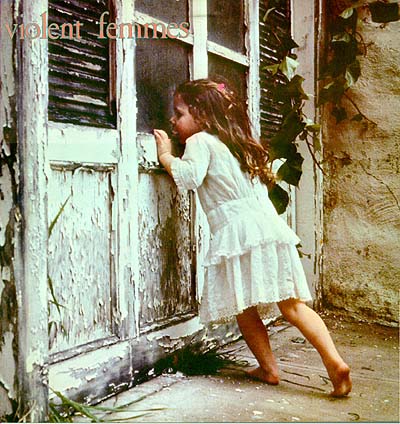 Are you ready to feel like a piece of shit? Gordon Gano was 19 when the Violent Femmes recorded their self-titled debut album. True story: the trio borrowed $10,000 from bassist Brian Ritchie’s old man and ground out one of the great American rock albums of the 1980’s, and certainly one of the most unmistakable. Gano’s age shouldn’t come as a surprise, considering how (sometimes disturbingly) well Violent Femmes encapsulates the iconic rage and frustration that came from Reagan’s “Morning in America.” Whenever I listen to a timeless masterwork created by someone too young to drink I inevitably wonder what I’ve been doing with my life for the past however-many years. Granted, growing up in the 90’s, in a place not frozen 8 months out of the year like Milwaukee, leaves one without quite as much pent-up rage as Gano did coming out of his teens. He clearly didn’t have any pretensions about incorporating rape, murder, incest, lewd sex acts, and other stuff that would have gotten him sent to some clinic if he’d grown up in Whole Foods America today.

It’s been a month since I’ve submitted one of these columns, so let’s get it on…

10. Good Feeling (Track 10)
Very pretty and about as ethereal as the Femmes could get given their bare-bones instrumental setup, which normally consisted of an acoustic guitar, and acoustic bass, Victor DeLorenzo’s drummin’ block, and in this case, a violin. It’s only really good in context as the album’s coming-down finale. 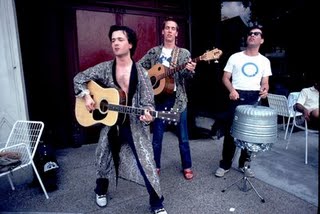 9. Promise (Track 7)
Man, Mr. Logic is an asshole. Keeps shooting down our protagonists dreams of landing this hot chick. Who does he think he is, besides an abstract concept? BA DA BA!-DA-BA DUH-DA-DUH-DADA. This song features Gano’s most iconic shriek of his career, which is either impressive or nails-on-chalkboard, depending on where your head is at.

8. Confessions (Track 5)
When Gano brays that’s going to “hack-ack-ack-ack it apart!” it doesn’t matter what he’s referring to, because you believe the fuck out of him, and take a safe step back. The longest track on the album, and it despite it’s sluggish pace it doesn’t get boring for a moment.

7. Prove My Love (Track 6)
This is probably the most outright poppy track on the album. It actually surprised me that the first time I heard this was when I bought the 2003 reissue. It belonged on the radio every bit as much as you know…those songs every person alive knows from this album.

6. Gone Daddy Gone (Track 9)
I really don’t know how the trio managed to craft a pop song that actually sounds like statutory rape. Not the act, but the shudder you get at the idea of it. Unless you’re a pedophile, then your soundtrack would probably be Kidz Bop or something. To be fair, Gano was 18 when he wrote it, so it was probably a much more innocent song in context about lost high school sweethearts, but it still comes off as one of the more unsettling hit singles of the early 80’s. It clearly had an impact on Cee-Lo and Dangermouse! Also, name one other punk song with xylophone solos. 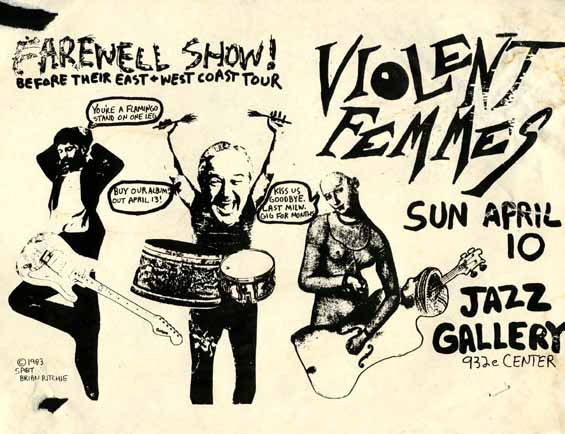 5. Please Don’t Go (Track 3)
When I was 20, I made the somewhat enjoyable mistake of going to a radio station-curated music festival outside of Boston. After a certain time, we needed to stay in our seats in the amphitheater in order to guarantee our chance to see Beck and Dropkick Murphy’s. The biggest problem was having to sit through 30 minutes of the band Saliva. If you’ve never heard the band Saliva, stare at this picture for 15 seconds and you’ll get a good idea of what that was like…for 30 minutes. The talented Hawaiian singer/guitarist Jack Johnson followed. Given Johnson’s status as the soundtrack to billions of fist-bumps at frat houses across the country, we weren’t expecting much from him, but he pleasantly surprised us, and then pulled out the first verse of “Please Don’t Go,” which officially made me a fan. There’s something so laid-back yet spot-on about this song, given the Femmes’ first real dance with reggae, and quite possibly the best bass solo I’ve ever heard (definitely the best acoustic bass solo) in more than fifty years of rock. It’s good that Brian Ritchie is the de facto leader of this band. He’s about 7 feet tall, who wouldn’t want that?

4. To the Kill (Track 8 )
Slow, deliberate, and if there’s ever been a song that could probably stab you…with..awesomeness?…this is it. Starts out shambolically and builds into one of their definitive album tracks. Right when you think it’s unraveling a bit, Gano, Ritchie, and DeLorenzo wind it right back up.

3. Blister in the Sun (Track 1)
“I don’t really count “Blister in the Sun.” it has this identity of its own. Because I dont even think of Violent Femmes when i hear it. I think of Claire Danes.” – My friend Jana
The poor, sluggish rehashing the trio did for the Lloyd Dobler vehicle “Grosse Point Blank” notwithstanding, this may very well be one of the most enduring, universally recognizable pop songs ever recorded. And for a good reasons. There are very few songs this ubiquitous that are this undeniable, too. And it’s about getting jerked off! “Big hands I know you’re the one…”

If you can’t count along with Gordon during the song’s breakdown, then you don’t know what music is. I’m sorry. For those of you who haven’t heard this song, listen to it and you’ll probably understand.

1. Add It Up (Track 4)
This comes off like a manifesto for that guy who shot up that gym in Pennsylvania because he couldn’t get any. Well, he couldn’t get any and he was also psychotic for a long time. I guess a violent rampage is what it adds up to. Too bad he couldn’t channel his sexual frustration into a song. Even if he had, it probably wouldn’t have kicked this much ass. Based on that guy’s blog and photos of him, it would probably be a blues-rock band that specializes in Marshall Tucker covers or something. One of the genuinely angriest songs to ever traverse the radio waves, this isn’t just the Femmes refusing to pull any punches; it’s them putting on a clinic in the art of uncompromising song performance. Even at a time when this kind of anger was very pervasive, I don’t think that the Slash! records staff heard “feel-good single” when Gano opens the song with that scratchy, timeless “DAAAAAAYYY”