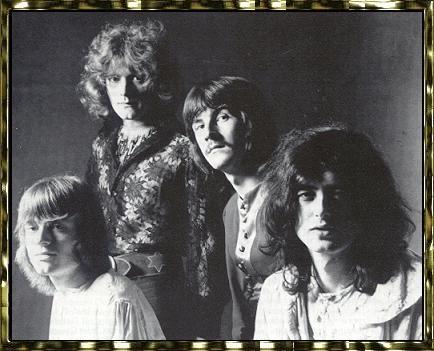 I wouldn’t dare to guess what will really happen to Led Zep; ever since their O2 gig (actually, even before that), there have been all sort of rumors and “certainties” surrounding the band. At first, a tour seemed almost certain, and it was set for September. Then the word was out that Led Zep will not tour. After all these things, now it seems there will be some shows.

Yeah, as it turns out, they’ll play four shows at the Toronto Skydome in Canada this August, according to new reports. The thing is that they haven’t commented on the issue. Despite this, Canadian music channel Much Music, who carries the report, adds that the band are not expected to announce any American tour plans.

This comes from what seems to be (not my call) a ‘reliable source’, and it follows in a long line of supposed Led Zeppelin reunions planned for 2008. But wait; Robert Plant has something to do first (or at least that’s what he says): a tour with Allison Krauss.

Oh well, Allison, would you really hold it against him if he went to tour with Led Zep? Would ya? Would you stand in the way of his happiness (and a whoooole lot of money) and pleasure? Just kiddin’, ‘course you wouldn’t. But why wouldn’t he want to tour, when all the other members seem willing and able ?