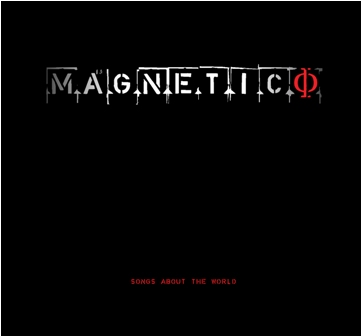 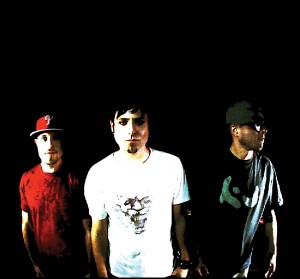 This is a band worth checking out especially all you musicians out there. Magnetico is a band packed to the brim with talent. First of all you have Chris Cornell/Vertical Horizon’s bass player and P!nk/Ozomatl’s drummer, creating a pretty solid foundation. The cherry on top is Rafael Moreira, lead guitarist for the House Band for CBS’s Rock Star: INXS and Rock Star: Supernova and touring guitarist for Paul Stanley (KISS), P!nk, Don Felder (The Eagles), Christina Aguilera, Steven Tyler (Aerosmith), Stevie Wonder, Dave Navarro, Natasha Bedingfield, Tommy Lee, Sheryl Crow, Melissa Etheridge and more.

I find it hard to believe that they’re still unsigned, but I suspect that they won’t be for long. Rafael Moreira’s talent on guitar is amazing on the album. I can only imagine what it is like live. His shredding is quick and limber but doesn’t aim to be shredding for shredding’s sake. Each guitar solo is thoughtful nestled in each song and enhances the song without getting too egotistical.

Magnetico’s latest album Songs About the World, is a well-made and carefully-crafted record. With every listen, I was uncovering different parts, a harmony I overlooked here, a guitar part hiding in the background there. The attention to detail is incredible.

My favorite tracks are “Avalanche” and “The Emperor,” but everything is pretty strong. I could have done without “Santa Claus is a Lie” and “Killer Girl.” Musically, they’re still rockin’, but the lyrics leave more to be desired. “Letter For a Friend” is another great track, but I find it takes a few more listens than the other songs before the heavier message hits you. Going back to “Avalanche,” that’s another song with a deeper meaning. Apparently, it’s about cocaine? But you wouldn’t know it after the first listen. Actually, you would have probably never figured it out unless I told you, so there are potentially deeper messages in the other songs as well. Always a good thing.

The one thing I wish this album would do is take some risks. Sure, there aren’t that many guitar virtuosos and good-old-fashion rock bands, so Magnetico’s mere choosing this path is commendable, but maybe those bands of yore aren’t around for a reason. I wonder if perhaps the age of wicked guitar solos is over, who knows. My metalhead friends would argue otherwise but I still think that they have to inject something different into the formula. Well, something a little more obvious than subversive meanings in their songs.