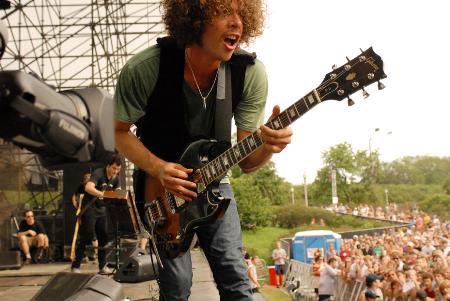 Last year I was really sad to hear Wolfmother more or less broke up, since the ’70s-reminiscent hard rock trio became a one man show, after the bassist and drummer left, leaving frontman Andew Stockdale to himself. Well, after some time now, Andrew kept word to his promise and reformed the band under a new lineup – this time as a four piece. Last night, the band played a secret show under the name White Feather at Sydney’s Oxford Art Factory, premiering tracks from the long-awaited second album, scheduled for a March release, supposedly.

Bellow is a live recording (excuse the quality) of “Pilgrim,” a new song off the upcoming album, played last night in Sydney.