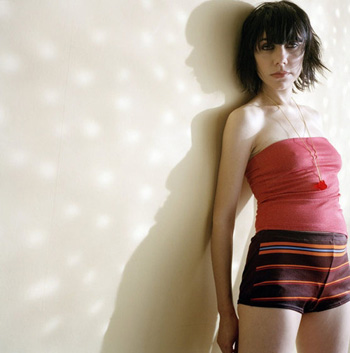 Mick Harvey, a Nick Cave long time collaborator (former Nick Cave and the Bad Seeds/Birthday Party member), and of apparent no relation to the headliner of this particular blog post, recently stated at the end of last month on his myspace that “there will be extensive touring commitments with my dear friend Polly (PJ) after the release of her new album in February 2011.” He goes on to say:

“We recorded her album back in May in Dorset and it’s a remarkable piece of work – quite unlike anything else out there. Would one expect anything else?”

Not quite like anything out there? Well, I think we all have a pretty big hunch what PJ‘s new album secret is all about. If White Chalk was centered around the piano, and much of the rest of her previous work was driven by power chords, seems like the upcoming February release has been written with an autoharp, an instrument I knew little to nothing until a few hours ago. Check the video after the jump to catch a glimpse of PJ Harvey’s “Let England Shake”, a track presumably off the new upcoming album. [via 24bit]