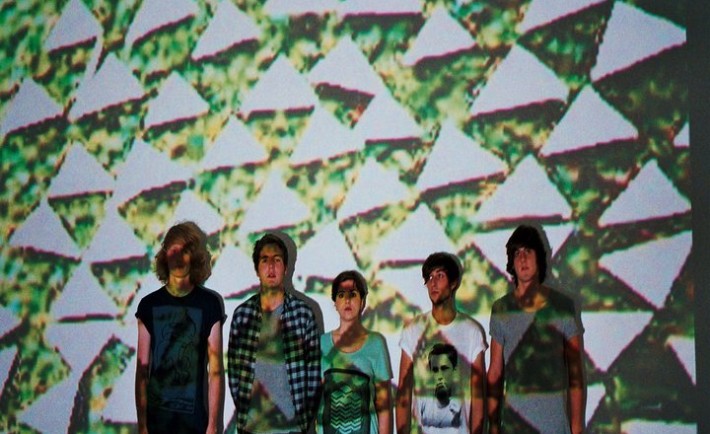 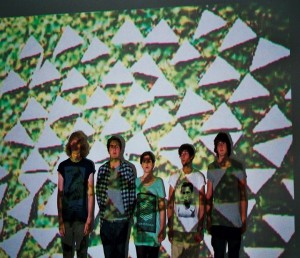 After just twelve months of forming (with the line-up as it currently stands) and having recently ended their time as compulsory education students, Let’s Buy Happiness’ interlocking guitar patterns, syncopated drum beats and distinctive female vocals have been one of the hottest topics on the UK radar scene this year.

Despite being associated with the young Newcastle music scene, Let’s Buy Happiness took a different approach to the majority of bands on the local circuit. Having skipped the phase of writing songs about teenage girls and ‘being a drunken adolescent’, the eclectic five piece focused more on music that matters, combining dark melancholic sounds reminiscent of Joy Division, with experimental and effective patterns, clearly influenced by modern day bands such as Foals and Bombay Bicycle Club.

This year has seen Let’s Buy Happiness gradually secure themselves a place in the biggest unsigned acts of the country, beggining the year with one-off dates with acclaimed artists such as The Temper Trap, Idlewild and The Futureheads, spending the summer period playing massive UK Festivals such as Glastonbury and The Great Escape, and finally concluding the year with a UK headline tour in celebration of their brand new single, Six Wolves. Amongst this, the band’s self-released debut E.P. ‘No Hot Ashes’ and their new single ‘Six Wolves’ (with b-side ‘Woodrings’), recieved massive critical acclaim by popular music magazines such as NME, Drowned In Sound, The Fly, and NARC Magazine. As well as recieving radio plays from BBC Radio 1 presented Huw Stephens and BBC 6 Music’s Lauren Laverne and Tom Robinson, culminating in the band being invited to the BBC studios to take part in the notorious Maida Vale live sessions as part of the ‘BBC Introducing Week’.

With plans for an album release and relentless touring in 2011, make sure you catch Let’s Buy Happiness while you can, they WILL be your new favourite band.

For a closer insight on the band and to listen/buy their sounds, visit www.myspace.com/letsbuyhappinessuk