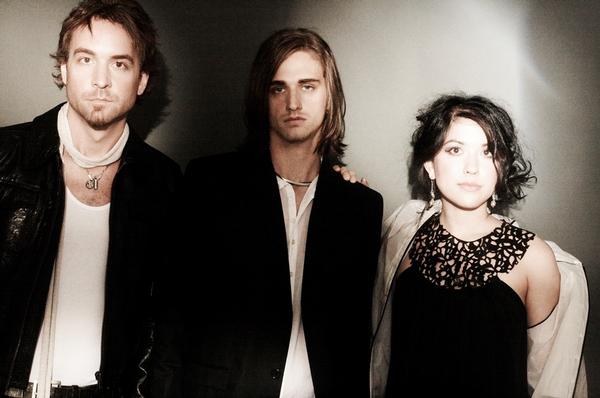 New York’s LG (Vocals,Guitars,Keys), Mike DiLalla (Bass) and Liza B.(Keys,Vocals) form Dead Leaf Echo, a lovely indie band, that’s really pleasant on the ears. Their influences seem pretty broad, but they all seem to point and converge into a single direction: shoegazing. Recently, the artsy trio, have just released their 2nd EP “Pale Fire,” via their own record label Year of the Gallon Records, an EP that shines with haunting ballads and dreamy melodies. The record’s highlight is its title track, “Pale Fire,” a song packed with layers upon layers of guitars and synths, mixed by the one and only Ulrich Schnauss (Depeche Mode,
Coldplay, Mojave 3).