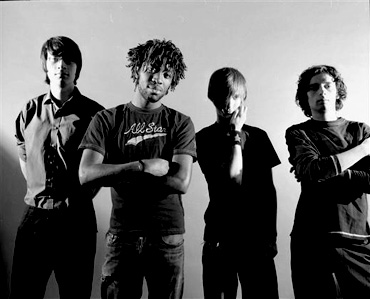 I don’t know what’s with bands these days releasing albums straight out of the blue, just around the time they have a boner. Maybe it’s a trend or something, frankly I don’t really care, and to be honest I like a good surprise now and then. A new Bloc Party album certainly makes a good one.

The band just announced earlier today the release date and name of their new LP, that’s been in the works for some months now. The 10 track strong record is titled “Intimacy” and it will be digitally released on Thursday (that’s two days from now), for the price of 10$, with a physical release to go on sometime in October.

We’ve managed to get ahold of a song off Intimacy, interestingly enough titled “Trojan Horse.” The song’s really lovely, a lot better then the somewhat annoying Mercury, another track off the new album. The MP3 for Trojan Horse, as well as the cover art and tracklist from the new album can be found bellow.