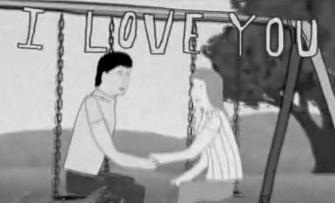 When the wind picked up – the fire spread

And the grapevines scene, left for dead

And the northern sky looked like the end of days

The end of days

In, what you’d normally call a normal, happy suburban community, fires sweep through the greapvine. For a young couple, though, hope is not lost, for they know “it’s gonna be alright” and life will continue on with its natural, animated course. Still, beyond the tune’s obvious melancholic nature, the video for Death Cab for Cutie‘s “Grapevine Fires” has a peculiar does of hope attached to it, which makes it quite pleasing audition. Off last year’s hit album, “Narrow Stairs.”