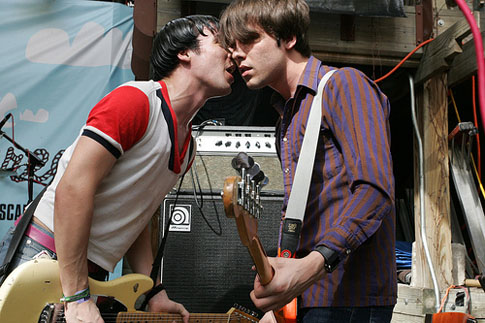 The Franz Ferdinand protégés [tag]The Cribs[/tag] have recently released the dates for their forthcoming trek to the States and Canada. The gigs will kick off next month and if you didn’t know this already, then beware the band is really fierce and wild on their live shows, for a indie band at least, being pretty notorious for chaotic performances and frontman Ryan Jarman in-crowd passing outs. Dates after the jump.