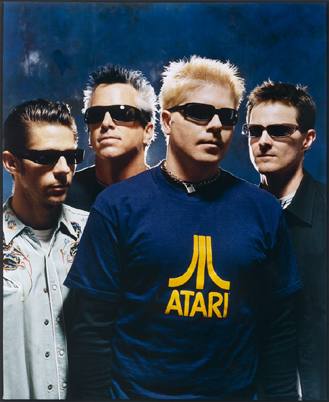 The festival is set to take place the weekend of June 13-15 and it will be headlined (as the title says) by the Offspring, as well as Welsh rockers Lostprophets and another legendary but still secret band (secretly and heavily rumoured to be Kiss). Other bands are heavy metal gods Judas Priest and Finnish love metallers (is this really a genre? what the ?!) HIM.

Another good news is the fact that the Offspring is also in the studio working on a new release, their first since 2003’s “Splinter”. They have been working for over a year with former Metallica producer and overall legend Bob Rock, but it is still unknown how much they have progressed and a date is not announced.

But there have been some tracks published on the band’s official website and the album will probably have some tracks such as “Fix You”, “Hammerhead” “Stuff’s Messed Up” and “Takes Me Nowhere”. As the band members say, there is a lot of energy, a lot of guitar, and they seem to be very proud of their work so things sound great.

But drummer Atom Willard left The Offspring to focus on Angels & Airwaves; his place in the band was taken by Pete Parada (Saves The Day, Alkaline Trio, Face To Face). Before this festival, the Offspring will be part of the Soundwave Festival that will hit five Australian cities later this month.