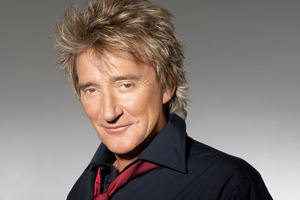 Rod Stewart is one of those guys who took partying to a whole new level. I’d set him right alongside David Bowie and below Jimi Hendrix, in the unofficial party hall of fame. In his published memory, Rod: The Autobiography, the rocker reveals that he used to take cocaine anally – but all for health – to protect his nose, that is.

…we started buying anti-cold capsules from the chemist’s, separating the two halves of the capsules, replacing their contents with a pinch of cocaine, and then taking the capsules anally, where, of course, the human body being a wonderful thing, they would dissolve effortlessly into the system.

He also explains how he lost his virginity at 16 in a beer tent to a much larger and older woman, and how he was approached by arguably the most famous groupie ever – Cynthia Plaster Caster, who wanted to make a cast of his shmuckel. He refused however, being intimidated by the size of other “clients”, such as Jimi Hendrix and Eric Burdon of The Animals. 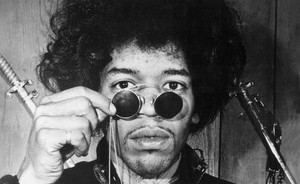 Jimi was not impressed.

“Obviously it would have been a pleasure and an honour,” writes Stewart. “However, [Ronnie] Woody and I took a look at the rather challengingly splendid specimens on the table before us, considered for a moment the slightly more modest scale of our own endowments, and said, ‘Hmm. Nah, I don’t think so, thank you’.”

The book also addresses the oh so gross urban myth that Rod Stewart once ingested so much semen he had to have his stomach pumped – it’s just a myth, he says. To make it even more hard to digest, rumor has it it was sailor semen.

“[Toon] fed the press a story in which, as a consequence of an evening spent orally servicing a gang of sailors in a gay bar in San Diego, I had been required to check into a hospital emergency room to have my stomach pumped.” He continues: “I have never orally pleasured even a solitary sailor… And I have never had my stomach pumped, either of naval-issue semen nor of any other kind of semen.”