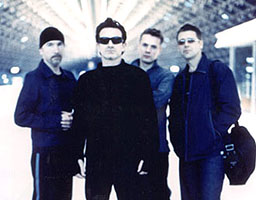 This comes as a sequel to the 2004 ‘Hot to dismantle an atomic bomb’, and the boys seem very prepared to deliver another good dose of U2. Quite frankly, I’ve been expecting them to get to work for some time, and I’m confident they won’t let us down. They’re just too good for that.

“We’ve had a few very successful jam sessions so far, including one in Morocco. I’m very excited about what we’re doing. Everyone has an appetite for breaking new ground and everybody wants to make a masterpiece.”, says musician and acclaimed producer Daniel Lanois.

“We’re not taking anything for granted. We don’t think it’s going to be easy. In fact, it’s always hard work and I like it that way. When the work is hard, you know you’re busting through something that hasn’t been done before.”

As for how the album will sound, he describes it very briefly, but thoroughly:

“I can tell you a little bit about the fundamental quality,” he says. “It’s very much hand-played but it’s also electro.”