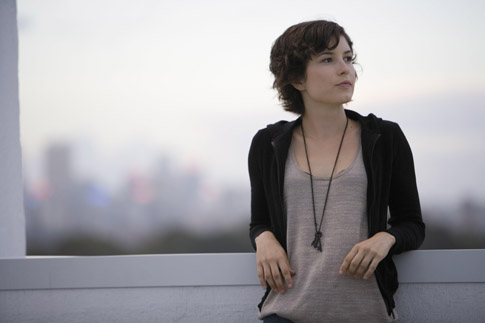 [tag]Missy Higgins[/tag], the talented singer, that shocked all of Australia with her stunning debut is now ready to release her sophomore record, titled “On A Clear Night” in the US as well, after it first debuted in Down Under last year. The album retains the same irresistible melodies and piercing lyrics, which made The Sound of White, Australia’s best selling album in 2005, however, with a new spin, thanks to a improved production by Mitchell Froom (Elvis Costello, Crowded House). The record has already been certified triple platinum in Australia and it’s more then certain to debut with a bang, on the Billboard charts, upon its release on February 26.

Soon after On A Clear Night surfaces in the US, Missy is set to embark on a US promotional tour, that also includes a double appearance at The Sundance Film Festival, performing at a very special live-music event titled “Where Music Meets Film” celebrating the enduring connection between music and film alongside artists such as Josh Groban, Jason Mraz, Michelle Branch, Eisley, Tyler Hilton and Jack’s Mannequin. Dates and venues, right after the jump.