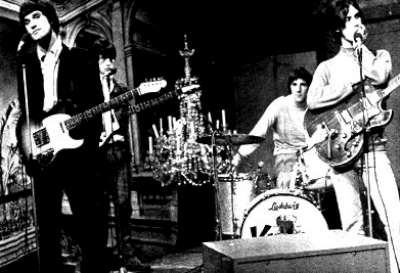 Quick history lesson, if there’s somebody who doesn’t know what the band was about: The Kinks were an English pop/rock group formed in 1963, and categorised as a British Invasion band, along with the other members of the so-called Big Four (The Beatles, The Rolling Stones and The Who).

Now despite the fact that they haven’t made it big in the way that the other three bands have, they are still viewed as one of the most important and influential rock bands of all time! Being included in the same category as those groups is definetly something dreams about. Still, they performed last time together about 11 years ago and Ray and Dave are releasing acclaimed studio albums.

Despite this, the rumour about their reunion (which by the way, has been around forever) is getting more persistent. To top it off, Ray Davies claims that a reunion would not be something that bad. Here’s what he says about the Police reunion:

They’ve milked it to death, haven’t they? … (Stewart) Copeland’s a great drummer and Andy (Summer) is a good guitar player and (Sting) is good. But I saw the Police play in New York when they first came over and, I don’t know, a good thing about the Kinks is, it’s never the same every night.