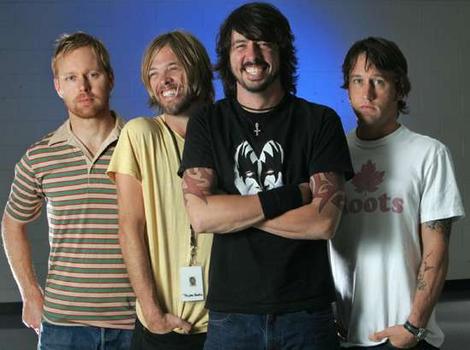 Fresh after their double Grammy Award winning night, where they also performed the show’s most intense live performance, the Foo Fighters reveal they’d fancy doing a follow-up to last year’s Echoes Silence Patience & Grace in the near future.

We’re already working on songs,” bassist Nate Mendel tells Billboard.com. “We’ve got a handful of them that we’re working on at sound check, which has never really happened, so we’re getting a good start. The band’s in a good place; everyone’s really excited about making music, so we’re already getting going.”

No one word from Mendel, however, on how soon fans can expect a new album hitting the record stores, especially considering the band’s still got a heck of a lot of tour dates left.

“Well, we’re gonna need a break,” he says. “It’s fun making the music; it’s when you have to go out and promote it that it’s work. So we’re gonna be in a weird place — we were on this last record, too. It’s like, ‘We just got done touring, but we’re ready to record. What do we do?’ You can’t record it and leave it in a vault ’cause it’ll get leaked, and it feels weird to just sit and wait arbitrarily for six months. We’ll probably find ourselves in the same position again, excited to record but knowing that you’ve got a year of touring at the end of it.”

Recording a new album seems to be the last thing to fall to any of the member’s heads right now, as the band is busy as hell promoting their last album. The Foos are currently touring North American, after which they’ll make stop all over world, with gigs booked in Japan, Australia and New Zealand before heading to Europe in late May.

“The one thing we’re really focused on are the shows at Wembley Stadium (June 6-7),” he says. “They’re the biggest thing we’ve ever done, so we’re basically working up to that. We’re trying to improve the show so we can pull it off playing in a stadium ’cause it’s another level for us and a lot of pressure. We want it to be huge and the best thing we’ve ever done.”

You can see full dates and venues information at the band’s website.