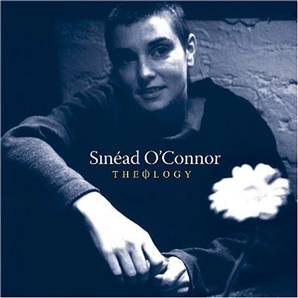 The Irish singer-songwriter [tag]Sinead O’Connor[/tag] stated that she was obsessed with the 1971 film musical, Fiddler on the Roof. That was when she was a young girl. That is the same woman who would eventually tear up a picture of the Pope on live television and was later ordained a priest in the breakaway “independent Catholic” church.

She said that “(But) one of the things that I loved, at the time that I was born, they still had the Latin mass, and they were singing certain parts of the mass, singing the scriptures. I was always very moved by that. But then when I got to seven and eight I saw that musical Fiddler on the Roof and that actually changed my life forever. When I saw that movie, that was the point where I said, ‘I definitely want to do that.’ “.

It is a bit surprising that another song from a famous stage and screen musical ended up as one of three covers on Theology which is her double CD. She said that it is the culmination of her lifelong fascination with putting scriptures to music.

She is planning a tour of theatres starting in September in support of her new double CD, Theology, with the lone Canadian show set for Oct. 20 at Massey Hall in Toronto, Sun Media has learned. “I’d really like to do MTV Unplugged,” she said, before asking her publicist, “Do you think they’d have me? Can we ask them?”

She has been getting some coverage in Christian publications where she has been doing cut-by-cut explanations of the album’s tracks. They probably have not found out that she has four children; made by four different men. They stay at home. “It’s not practical to bring them, they’ve got to their own school and la, la, la,” she said.

Every child is musical. “Pretty much all of them are, yeah,” she said. “My eldest, his name is Jake, he’s 20, and he’s into production. You know his dad’s a record producer. And my daughter, her name is Roison, and she is 11 and she’s into singing. She loves Johnny Cash. She’s completely eccentric, this girl. The thing is she loves the Murdersongs (album). So at the moment she’s going to guitar lessons and she’s learning to play Folsom Prison Blues, and she sings in the church choir as well. So, she’s into music big time. And then I have a three-year-old (Shane) who’s just obsessed with music, totally obsessed with it. He’s started making up little songs already. And then the six-month-old (Yeshua), he just smiles whenever anyone sings. Even the first syllable, he starts smiling. I was pregnant when I was making the record.”.