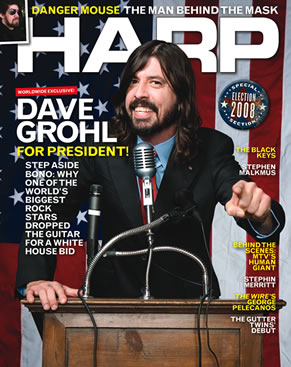 Sad day today folks. One of the few decent musical publications left in the US, Harp, just announced that it will be closing its gates. This all come a bit out of the sudden, at a Friday night SXSW party thrown away by triple-A bible Harp. The reasons behind the magazine’s collapse are still unknown, but it appears there are some pretty dirty stuff hovering around it. Anyway it’s better we don’t speak about, looks like the famous Grohl-campaign-endorsing issue will be its last. Pity.