King of Limbs, released digitally on February 18th of this year and physically in late March, quenched the thirst of the Radiohead fans who had awaited a new work for so long; however, since the release of their latest album, which dropped an entire day before it was officially supposed to, Radiohead has neglected to make or announce any live appearances as a band …until now.

Although no further performances have been announced (yet), the band is set to have a 55-minute special on BBC’s From The Basement, which is a live studio-setting music series produced by Radiohead’s own producer since The Bends, Nigel Godrich, to showcase their King of Limbs work. The special, aptly dubbed Radiohead- the King of Limbs: Live from the Basement, is set to air on July 1st.

So, mark your calendars, Radiohead fans! This relatively long performance could turn out to be their last for a while… If you’re into Radiohead, you know as well as I do what elusive beings these five tend to be.

In other Radiohead-related news, frontman Thom Yorke surprised fans in Los Angeles when he performed live with Californian laptop musician and producer  Flying Lotus in a DJ set last Wednesday, May 4rth. Their set included “Bloom“, from King of Limbs, and “Reckoner“, off of In Rainbows, which had been released October 10th, 2007. The duo also performed at Low End Theory, another venue in Los Angeles, for the second time since March. It was an interesting performance in that it featured both Lotus and Yorke on the decks (or, the turntables and their mixing systems); Yorke later snatched up the microphone and began to crank out a few verses. Apparently, it was all impromptu; but, that’s Yorke for you. 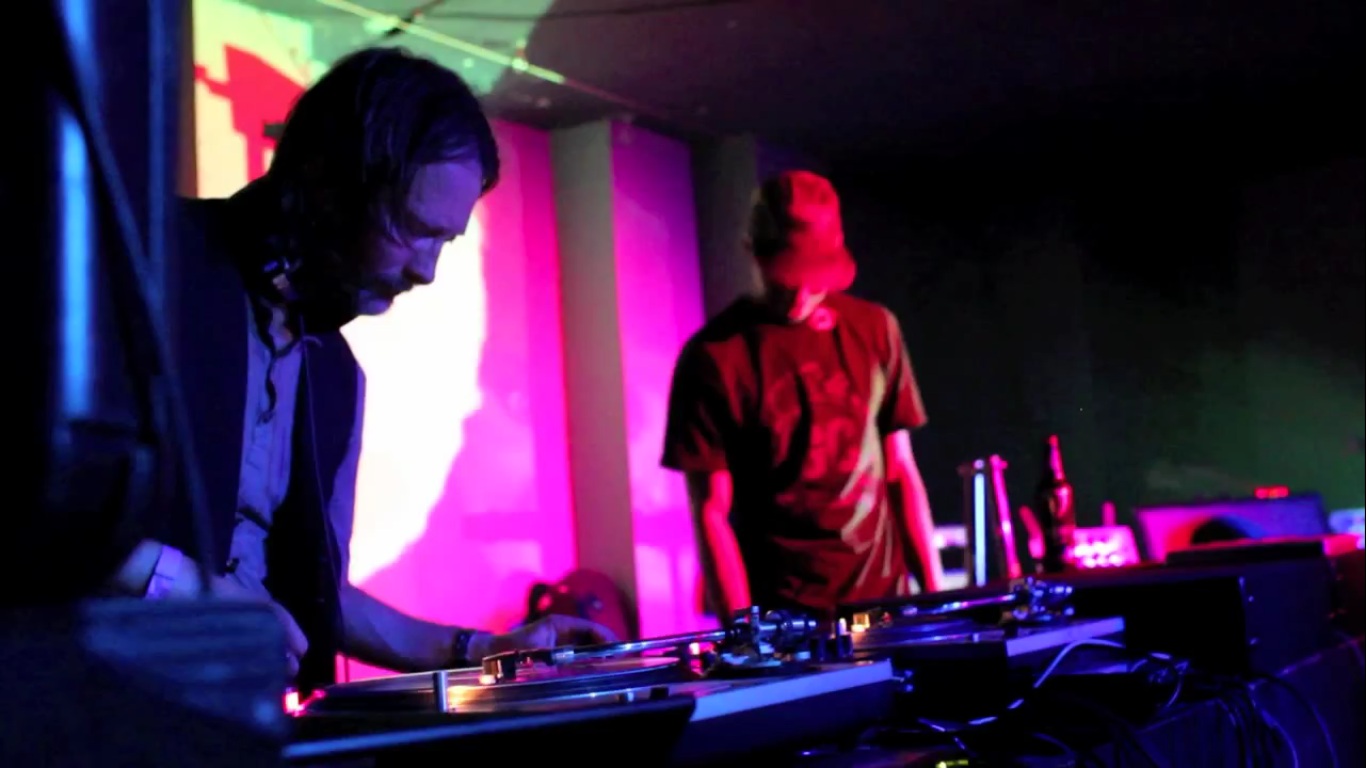 Unfortunately, the first of the two performances wasn’t caught on film; only the Low End Theory performance is available on the interwebs.