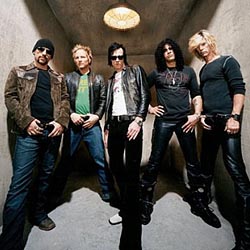 Hard rockers [tag]Velvet Revolver[/tag] have released the dates on which they will be touring the North America, alongside [tag]Alice in Chains[/tag]. The tour main purpose will be to promote Velvet’s upcoming second full length album “Libertad“, due to be launched on the 3rd of July.