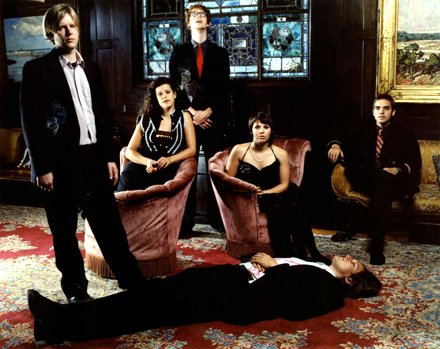 If you enjoyed Arcade Fire‘s Burning Bridges from a few weeks ago, here’s another new/rare song from the band. “Lenin” (originally titled “When Lenin Was Little”) was recorded for the increasingly awesome indie compilation Dark Was The Night, that also includes songs from the likes of Bon Iver, My Morning Jacket, Beirut, Sulfjan Stevens, The National and more other popular indie acts. Lenin, although far from a stand out Arcade Fire track, is quite fun, and I have a feeling we’ll be seeing it as a B-side on the band’s upcoming EPs or LPs. Dark Was The Night will be available starting February 17th via 4AD. [via stereogum]