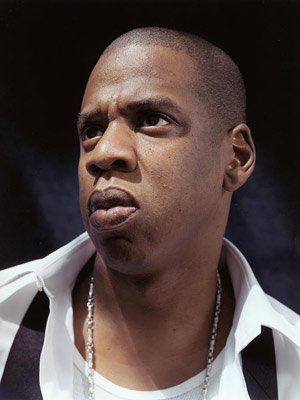 Organizers of one of Britain’s best-known music festivals on Tuesday have backed up their decision to keep Jay-Z as the headline, despite the complaints received from several rock stars, “headlined” by Noel Gallagher. The outdoor Glastonbury festival is really important for brits, and well… most just don’t think it’s right to have a rap artist as a headliner.

This of course caused the disappointing ticket sales, as it hasn’t sold out yet, contrary to previous years when tickets would disappear in a matter of hours. Gallagher, whose band headlined the festival in 1995 and 2004, said rap was to blame.

“If it ain’t broke, don’t fix it,” Gallagher said in an interview, an audio of which was posted to the British Broadcasting Corp.’s website Monday. If you break it, people ain’t gonna go. I’m sorry, but Jay-Z? . . . No chance.” He explained that the inclusion of a hip-hop act went against the festival’s tradition of guitar music, adding: “I’m not having hip-hop at Glastonbury. No way. No. It’s wrong.”

I mean, the guy’s right. You have a history of guitar playing rock acts, and you get Jay-Z to headline? Organizers claimed that The Roots and Cypress Hill played there too, but c’mon, it’s not the same thing. I think it’s absolutely logical that people wouldn’t crowd to buy tickets… no matter how good Jay-Z is.